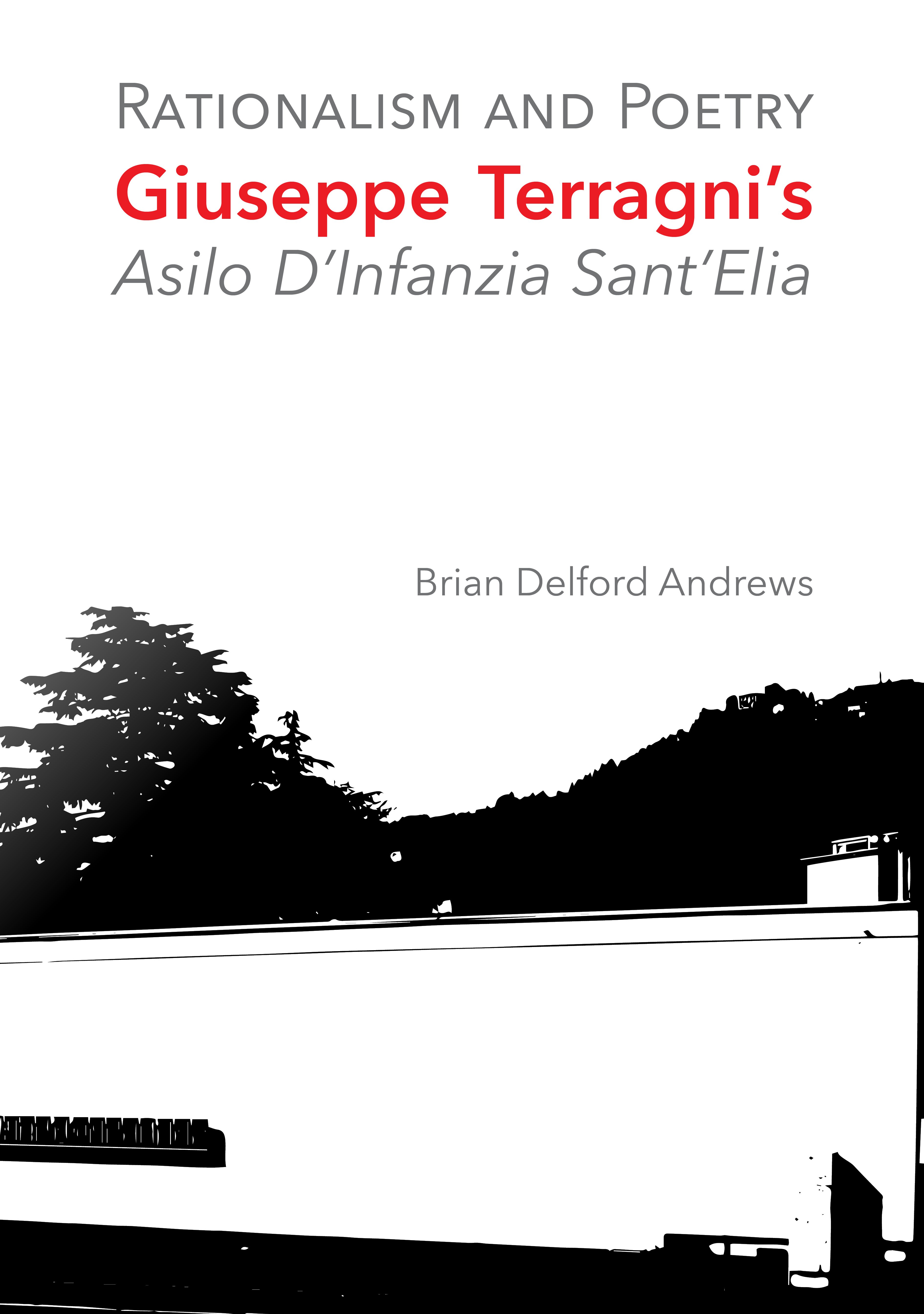 About the Book (From the Introduction)

Como’s Asilo D’Infanzia Sant’Elia occupies a unique position in the oeuvre of Giuseppe Terragni. Executed between his two most celebrated works, the Casa del Fascio of 1932, and the Casa Giuliani Frigerio of 1939, Terragni was possibly at the apex of his architectural prowess, via imagination and creativity, at its execution. The building itself is a physical manifestation encompassing Terrangni’s seminal ideas and theories on architecture and urbanism.
[…]
The Asilo, a public nursery school, was a relatively modest project, situated in a working class quarter of Como, just south of the city walls. Its humble location alone rendered the project a departure from the conspicuously public site of the Casa del Fascio, located directly behind the Duomo in the center of town.
[…]
It is one of the few projects that utilize all of Terragni’s architectural canons. It remains the only built project that is neither a casa del fascio, nor a tomb or residential project. The Asilo remains a building largely ignored by both the academy and the architecture profession. However, this humble yet monumental building holds within it a culmination of the lessons and ideas of one of the modern architectural masters of the twentieth century. Careful analysis of this building reveals moments where architecture and meaning come together with both subtlety and consequence.
[…]
This building represents an unadulterated intellectual exercise where construction, technique, and art are held in careful balance. Marcello Piacentini, the most powerful and influential of all the Italian Fascist architects, known best for the Palazzo di Giustizia in Milan and La Sapienza University of Rome, proposed dividing the built environment into one of two types. The first type is clothed in ‘underwear’, referring to its need for rationalism and structure, and the other clothed in ‘evening dress’, based on primarily the use of sumptuous materiality. Terragni’s Asilo maintains its own category, clothed in a simple white pinafore, a child’s smock, similar to those once worn by the very students who have occupied its halls. This nursery school still appears as decidedly modern and relevant as the day it was completed.

What Others Say About the Book

In Rationalism and Poetry we finally get an update to the voluminous Schumacher works [from the early 1990s] and, this time, rendered from an architect’s perspective. Where Schumacher conducted a historian’s reconstruction, Andrews draws for us an architect’s analysis. He minutely examines, and often diagrams, the corpus of each building—not in relationship to history but relative to the bodies of other buildings both historic and contemporary. In this concise volume, each chapter becomes a frame for considering one aspect of Terragni’s enigmatic design.

As pointed out by Igor Stravinsky, in the first page of his book Poetics of Music, “poetic” is a word related to the concept of “making”, of “doing”. Brian Andrews […] uses the tool of drawing to dissect the Asilo Sant’Elia, unveiling the compositional principles, the design strategies and the hidden geometries, recognizing the parts and elements, exposing the mechanisms of this particular “machine for teaching and learning”. At the same time the author’s reflections on the urban issues […], Terragni’s proximity to the world of art (Radice, of course, and the other members of the “Astrattismo Comasco” movement, with a fertile cross-pollination between painting and architecture), the reference to the Italian architectural tradition (Michelangelo, the reinterpretation of classical architectural themes), complete Andrews’ lively and affectionate portrait of Terragni, an architect who preferred to make architecture (with a strong and personal poetic), instead of being a theoretician.

Andrews’ research and practice focus on drawing, design and the role of history in modern architecture.

Croyle – Hertwig: The Zelig of Design